Heathendom was forbidden in Lithuania. The holy forests were felled, the heathen priests and priestesses banished and the population baptized. Owing to internal strife among the Jagiellons, however, the new union was not to be granted a peaceful existence. Only with the election of the 13-year-old Kazimierz Jagiellończyk (1427-1492), a grandson of Jagiełło, did a modicum of peace return. He became a monarch of European stature. As King of Poland (1444) he married a Habsburg princess. His children secured his influence over all of Europe, and he filled the thrones of Bohemia and Hungary with family members. The Polish nobility and the Lithuanian boyars supported the Polish-Lithuanian Union, cooperating ever more at national conventions and thereby securing decisive voting rights in each other’s affairs.1

An endemic problem for both lands was the Teutonic Order, which continued to defend its power and territory. Especially Lithuania had to deal with this German nobility in Livonia. In the meantime, and especially after the fall of Constantinople in 1453, the Grand Duchy of Moscow had developed into a formidable military competitor. Ivan III (ruled 1440-1505) was the first Russian ruler to take on the title of caesar/tsar and to add the Byzantine double-headed eagle to his coat of arms. The religious consequences were even more extensive. Because the Metropolitan Bishop of Constantinople was no longer the head of the Eastern Church, the Patriarch of Moscow took on this role without consulting Kiev or Belarus. A second enemy, who began to attack the Lithuanian Grand Duchy and Moscow from the south, was the Khan of Krim-Tartary, a last but formidable remnant of the Tartars. A militia, the Kozaks, was formed in defense.

The Jagiełłons became steadily more Polish, and in 1386 they headed from Vilnius for the royal palace in Cracow. Their bilingualism also gave way to the Polish language in the 15th century. The king became surrounded by nobles who claimed ever more feudal rights. Some families of large landowners possessed near royal power. They included the Radziwiłłs, Gasztołds, Ostrogskis and Chodkiewiczs.2 Barbara Radziwiłł (1520-1551) even became Queen of Poland. Like Poland, the lands of the Radziwiłłs extended a safe haven to Jewish migrants from Europe. In this way a strong Jewish middle class arose as servants of the magnates. By 1522 the Arch Duchy had a highly progressive law code in which the rights of one and all were described in detail. The territory was unimaginably diverse with respect to matters of faith. Most importantly there were all sorts of Orthodox Christians and Roman Catholics, and even Calvinism gained a foothold. Rabbinic Jewry was well represented. In this way Vilnius, followed by Kiev, had become a great and important cosmopolitan centre by the early 16th century. 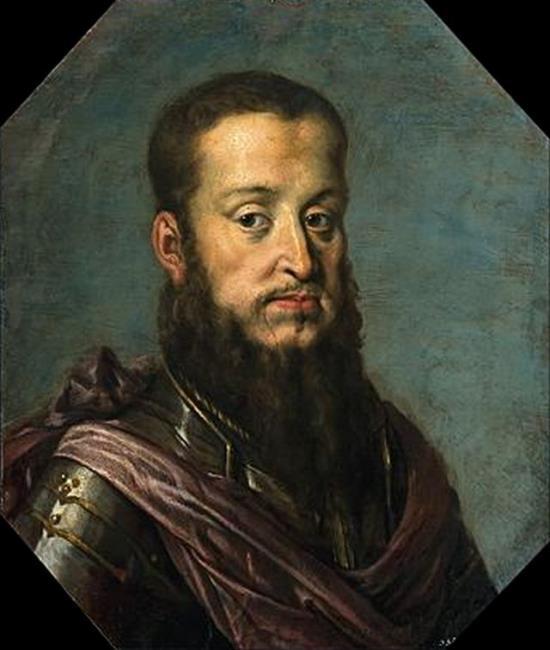 On the eastern frontiers, however, the conflict with Moscow continued to grow. The tsar deemed all Orthodox Christians to be his subjects, which automatically rendered the Grand Duchy of Lithuania Russian as ‘birthright of the tsar’. After 1483 continued Russian aggression, intended to regain the ‘lost land’, was to dominate the region for three centuries and to lead from one war to the next.