The death of Sigismund-August Jagiełło (1520-1572) brought an end to the dynasty of the Jagiełłons. Sigismund-August was a complete Renaissance ruler, tolerant, learned, humanistic, raised in Poland’s Golden Century. Regrettably his various marriages remained without issue. To secure order after his death, he assembled the Lithuanian and Polish magnates in Lublin in December 1568 for a Sejm, a convention of the nobility. His intention was to bring Poland and Lithuania even closer together so as better to resist the ambition and aggression of Moscow. The Poles and the Grand Duchy became united in one commonwealth, the Rzeczpospolita, with one law, one elected king, one coinage and one Sejm, out of which the representatives who would lead the state were to be chosen. In exchange the Lithuanians retained their own laws, government and army, and the magnates their own titles.1 On 1 July 1569 the unification was sealed. Ivan IV the Terrible then issued a warning to the new state by personally eradicating the inhabitants of Novgorod in five weeks because he feared that they might choose the side of Poland. De Rzeczpospolita continued to function after the death of Sigismund-August (1572). Far-reaching laws, including ones guaranteeing religious tolerance, were embedded in the third Lithuanian Statute (1588). This development was all the more remarkable in a Europe which was torn by bloody wars of religion. The Orthodox Christians continued to struggle with their loyalty, but the issue was obedience to Rome or Kiev, never to Moscow.

After the death of Sigismund-August, the magnates assembled in Warsaw to elect a new duke-king with unanimity. Such an election unheard off in the rest of Europe, and any disorganized and noisy gathering was (and is) called ‘a Polish convention’. After Henri of Valois (ruled 1573-1574) and Istvan Batory (ruled 1576-1586), who was able to thwart the Muscovite ambitions for 120 years in 1581-82 by conquering Livonia, three more Vasa-kings ruled. As leaders of defeated Swedish Catholics, they involved the Union in wars with the new Swedish Protestant kings.2

Kiev and the eastern Ukraine were lost to revolts of nobles on the fringes of the empire. Nor was Jan Sobieski (ruled 1673-1696) [2] able to contain the internal strife of the Lithuanian magnates. The Saxon kings after Sobieski initiated the final decline of the Rzeczpospolita. August II the Strong (ruled 1697-1733) and August III (ruled 1733-1763) [3] did little more than keep their heads above water by closing detrimental agreements for Poland-Lithuania with Moscow, involving the Grand Duchy in disastrous conflicts and wars. Because the Sejm was paralyzed by the requirement of unanimity of votes, it became impossible to rule. Several noble families operated to their own satisfaction within this vacuum so that Poland-Lithuania could become a plaything of rulers who had taken a fancy to the Kingdom-Grand Duchy. Stanisław August Poniatowski (ruled 1764-1795), a former lover of Catherine the Great of Russia and put on the throne by her, became the last of the grand duke-kings. 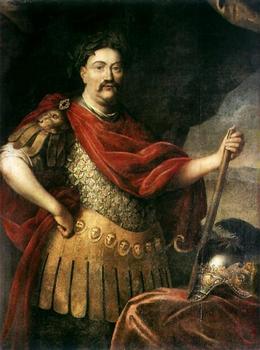 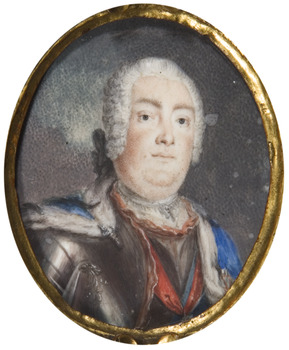