1.4 The Partitions of Poland

This development was too much for Catherine II [1], who did not tolerate this outgrowth of the French Revolution. Soon the second Polish partition was an established fact. Prussia took over Danzig, with Russia seizing the greater part of the Grand Duchy. The little of Poland and Lithuania that remained -- which included Warsaw, Lublin, Poznan, Cracow and Vilnius -- persisted in futile resistance for a few more years. In 1795 the third and last partition of Poland, which was in fact an annexation without negotiation, was implemented. Stanisław was made to give up the throne and was then carried off to perpetual imprisonment in Russia. Entirely contrary to reality, Catherine celebrated the usurpation of the new territories as a reunion. The Grand Duchy of Lithuania was violently dragged into the Russian sphere of influence, and the new Russian rulers took their orders from St. Petersburg. The Russians assigned large parts of occupied Poland and Lithuania to the Jews, who were prohibited from living elsewhere in Russia. Moreover, 80% of the nobility lost its property. 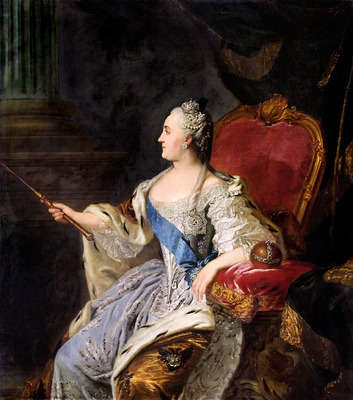