Like almost everywhere in Europe, the artistic life of Poland of the 18th century was oriented towards France and Italy. The ‘régime artistique’ of Stanislaus Poniatowki is the most striking example. Bernardo Bellotto (1720-1780), Marcello Bacciarelli and Louis Marteau (c. 1715-1804) were the foreigners who worked at the court. Stanislaus ordered pictures by Carle van Loo (1705-1765), François Boucher (1703-1770), Joseph Marie Vien (1716-1809), Noël Hallé (1711-1781) and others. He had even spent two years in Paris and fell greatly under the influence of French culture, to which was added his admiration for Italy, so that his artistic ideal could be described as Reni’s compositions combined with Rubens’ colors. French-Italian taste already ruled in the 60s of the 18th century, which preceded Poniatowski’s reign, when Poland was ruled in alternation by the Saxon kings Frederik August II (= August the Strong, or August II, king of Poland) ) and August III (the Saxon) (1696-1763) [1], and by Stanislaus I Leszczyński (1677-1766) [2]. 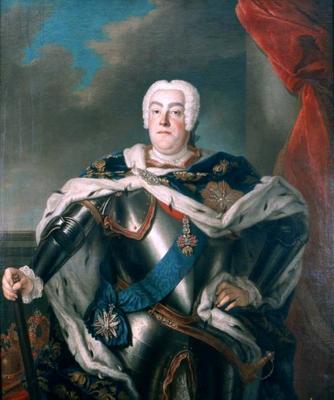 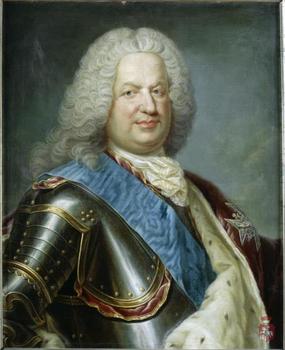 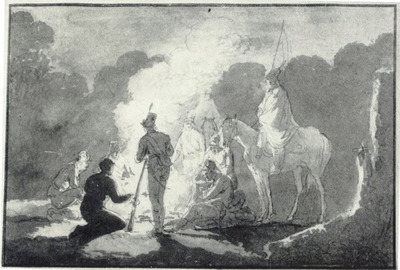 Polish painting of the time was just as slightly Dutch in the sense of 17th-century style as it was in the Dutch Republic itself. People turned to French and Italian contemporaries. Only most sporadically does one run into Netherlandish reminiscences in Polish art of the 18th century. Thus we know of a pastel of Soldiers at a Guard Fire (Cracow) painted ‘after nature’ by Alexander Orłowski (1777-1832), which conforms to the style of Benjamin Cuyp and Rembrandt [3].1 In 1795 Wincenty de Lesseur (1745-1853), a miniaturist, copied Rembrandt’s The Blinding of Sampson [4].2 As the painting had belonged to the Vienna Schönborn collection since 1746, Lesseur must already have copied it once during his short stay in Vienna, which probably took place before 1781.3 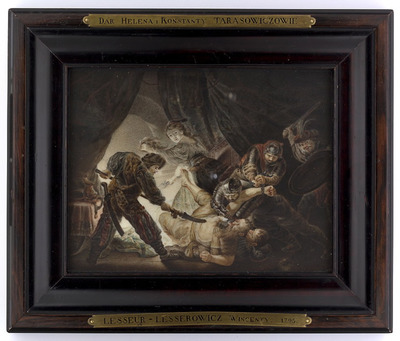 The imitation of Rembrandtesque technique is more common among the graphic artists of the 18th century. The French Jean-Pierre Norblin de la Gourdaine (1745-1830) [5], who ran an art school in Warsaw for thirty years, all too frequently resorted to imitations of the Rembrandt school [6-7].4 In addition his student Michał Płoński (1778-1812) studied masterpieces of the Dutch school at the source in Amsterdam, where he stayed repeatedly [8].5 A drawn copy after Rembrandt is described as early as 1805 at Amsterdam in an auction.6 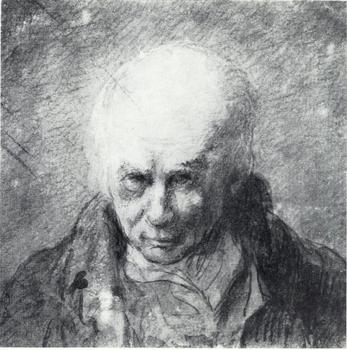 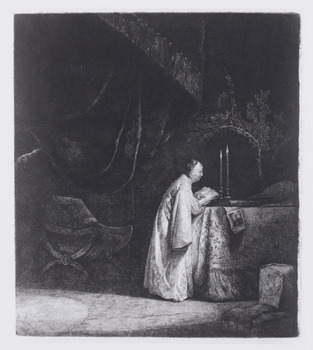 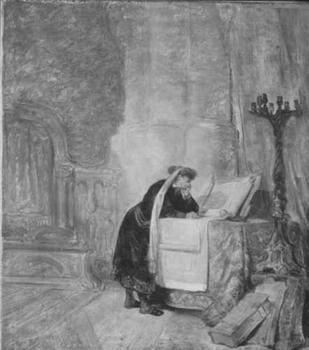 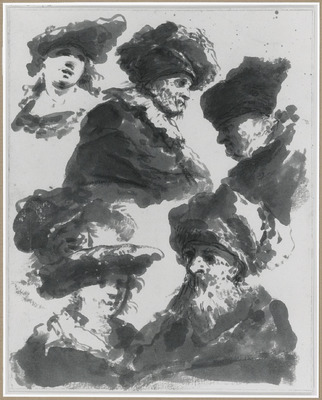 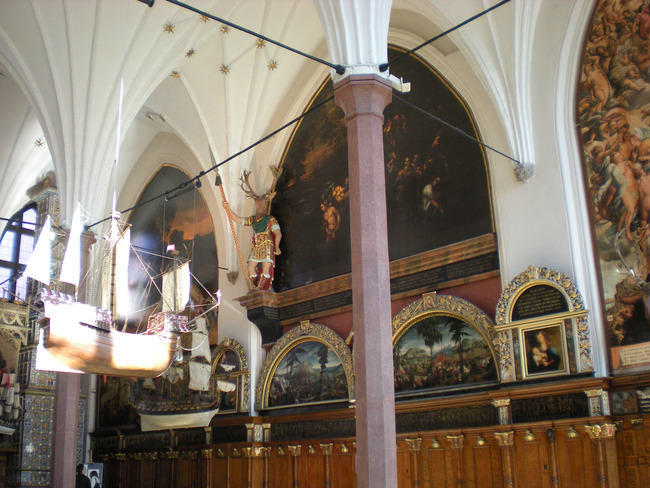 During the 18th century Danzig maintained many contacts with Denmark, where art and culture had in the meantime also fallen under French influence. A characteristic example of this development is the career of Johannes Körner (c. 1660-1709). In 1680 he was court painter in Copenhagen, together with Jacques d’Agar, and by 1685 once more active in Danzig, where there is still a Bath of Diana preserved in the Artus Court [9], which is described as follows: ‘in conception a student of the French, especially of Pierre Mignard, in coloration related to the late Netherlandish tradition connecting to Rubens.’7 This revival of the art of Rubens can still be observed from time to time, as with Jacob Wessel (1705-1780),8 a student of Pesne, who copied pictures by Rubens, and Joseph Wall (1754-1789), whose apostles of Rubensian origins are set in a Rembrandtesque light [10].9 These are the last echoes of Netherlandish art to be discerned in the 18th century in the East. 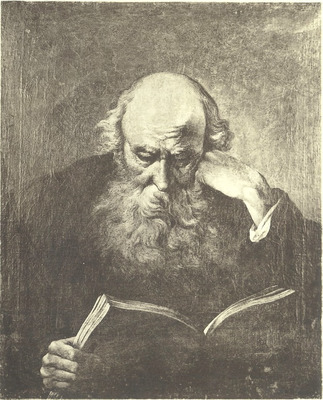 1 [Van Leeuwen 2013] The visual documentation collection of the RKD contains a group of about 15 photographs of drawings by Orłowski, which the keeper of the Department of Drawings of the National Museum in Warsaw sent us in 1979. All of these works are inspired by Dutch and Flemish artists (examples in RKDimages).

4 [Gerson 1942/1983] On Norblin, see above [in Gerson’s chapter about France]. [Van Leeuwen 2013] In 1961 the National Museum in Warsaw organized an exhibition titled La tradition Rembranesque , which included about 130 drawings and 70 prints by Norblin (Warsaw 1961) as well as works of a whole list of Polish artists, among others several students of Norblin. In 1972 Białostocki characterised Norblins Rembranesque work strikingly: ‘Norblin brought these interests (into Rembrandt’s artistic heritage, ed.) into Poland. One may say they took three different forms in his works. First, he copied more or less faithfully Rembrandts’ works. Second, he drew and etched several drawings and etching in the style of Rembrandt adopting as he did Rembrandt’s types, assesories and artistic means. Third, and most important, he began to look at the actual, Polish scene, with Rembrandt’s eyes, as it were.’ (Białostocki 1972, p. 140). However, Norblin was not only active as a draftsman and graphic artist, he was also a collector of prints, drawings, and paintings and possibly acted as agent as well. He bought Dutch and Flemish paintings at auctions in Paris in 1771 and 1774. It is not clear if he bought these works for himself or on behalf of Duke Adam Casimir Czartoryski (1734-1823), whom he possibly already met before his departure to Poland in 1774. One of the works that Norblin bought, Rembrandt’s Landscape with the Good Samaritan now in Cracow, ended up in Czartoryski’s collection (RKDimages 54616). Possibly Norblin took the other works with him when he returned to France in 1804 (De Rosset 2005, pp. 376-377). The auction of his estate after his death, however, did not contain paintings, only drawings, prints, engraved plates, pigments and painting supplies (copy at the RKD).

5 [Van Leeuwen 2013] Płoński worked in both Amsterdam and Paris, where he contributed as a draftsman to the reproductive prints after paintings of the Dutch school for the Galerie du Musée Napoléon, Paris 1804-1815 (examples in RKDimages).