6.1 History of Collecting Art of the Low Countries Art in Poland

State of Research into the Subject

Although King Sigismund August (ruled 1548-1572), the last hereditary monarch of the Jagiellonian dynasty and son of Italian princess Bona Sforza, is known to have commissioned works with Italian painters, it was the elective kings of the Vasa dynasty (1587-1668) who first collected paintings from the Netherlands. They commissioned numerous pieces directly from the Rubens studio, but none of these works has survived in Polish collections. The Vasa monarchs were successful collectors, but the only remaining indications of what they possessed are found in the written sources and in a single, though very interesting picture, showing the Kunstkammer of Crown Prince Vladislaus Sigismund Vasa, now in the Royal Castle in Warsaw [1].1 The prince, the future King Vladislaus IV (ruled 1632-1648), made a grand tour of Europe in 1624–1625, visiting Vienna, the Germanic lands, the Netherlands, France and Italy.2 This educational and political journey also gave him the opportunity to purchase works of art. He visited the studios of Rubens in Antwerp and Guido Reni in Italy. According to the inscription on the painting, the Kunstkammer was probably executed in Warsaw in 1626 as a document of the prince’s acquisitions after his return to Poland. The medal on the table in the foreground shows a portrait of Vladislaus Sigismund and his titles.

Later, as King of Poland, he acquired many Netherlandish works of art through his agents, Jan Bierens in Antwerp3 and Hendrick van Uylenburgh, the cousin of Rembrandt’s wife Saskia, in Amsterdam; he also took part in the posthumous auction of art objects belonging to Rubens. The Vasa collections, however, were plundered in the middle of the 17th century by the invading Swedish troops and what remained of them was taken to France by Jan Kazimierz, the last Vasa, after his abdication. This is why, for example, a portrait of Prince Vladislaus Sigismund from the Rubens workshop is now only on a long–term loan from the Metropolitan Museum of Art in New York to the Wawel Royal Castle in Kraków [2]. His equestrian portrait, also in the Wawel, formerly associated with Rubens’ studio, is now attributed to Pieter Soutman [3].4 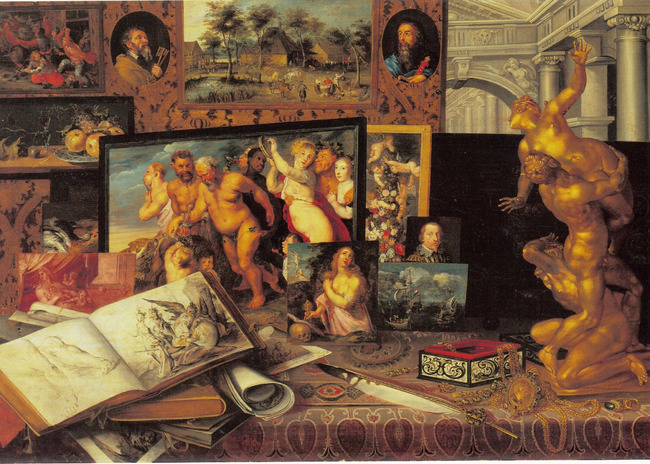 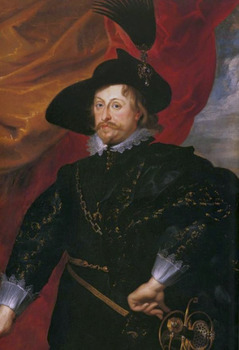 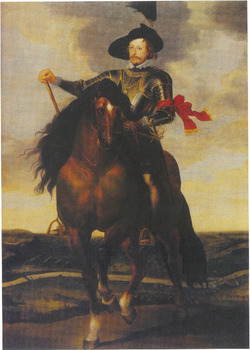 Some paintings from the Low Countries were most certainly in the possession of King John III Sobieski (ruled 1674-1696), but the first Polish monarch collecting Dutch and Flemish pictures in a conscious and learned way was King Stanislaus Augustus Poniatowski (ruled 1764-1795) [4]. The kings of the Saxon dynasty (1697-1763) should not be mentioned in this place, as their Polish incomes served further enrichment of their magnificent Dresden collections only. Out of the 2,290 paintings entered in the last inventory of Stanislaus Augustus’ gallery in 1795, about 225 can be identified as Dutch.5 Merely 69 of these are known to exist today.

The king became acquainted with Dutch art during his travels in Europe as a young man, which began in 1748. While in Paris in 1754 he met the country’s intellectual and artistic elite at the renowned salon of Madame Geoffrin. The Rococo artists he became acquainted with there reasserted his esteem for the paintings of Rembrandt and his circle. As a king, he started to acquire Dutch paintings through his numerous agents in Paris, Amsterdam, The Hague, Hamburg, Berlin and London. However, the splendid collection Stanislaus Augustus managed to amass came to a dramatic finale. Forced to abdicate as a result of partition of the country, the king moved to St. Petersburg. This was also the reason why the last big group of acquisitions Noël Desenfans (1744-1807) in London made for the king never found its way to Poland and with time became a nucleus of the Dulwich College Picture Gallery.6 The monarch took some of the pictures with him from Warsaw to St. Petersburg, and after his death in 1798, his heirs began to sell the paintings that had been left behind in Poland. The purchasers were mainly Polish aristocrats: Zamoyski, Drucki-Lubecki, Raczyński, Rzewuski, Ossoliński, Mniszech and others. Some of these paintings were ‘removed’ to St. Petersburg; among them a Self-portrait by Arent de Gelder [5], which was never returned. The Polish Rider [6], sold by the Tarnowski family in 1910, now hangs in the Frick Gallery in New York. 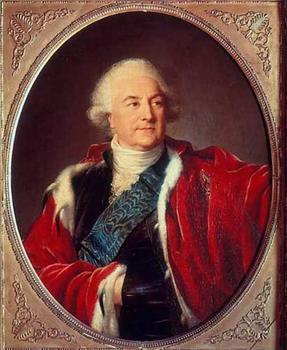 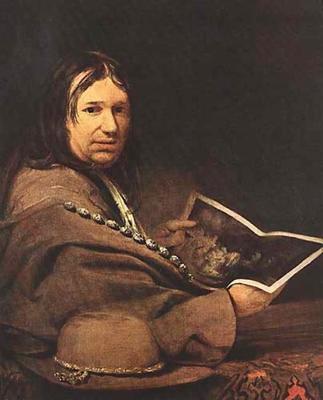 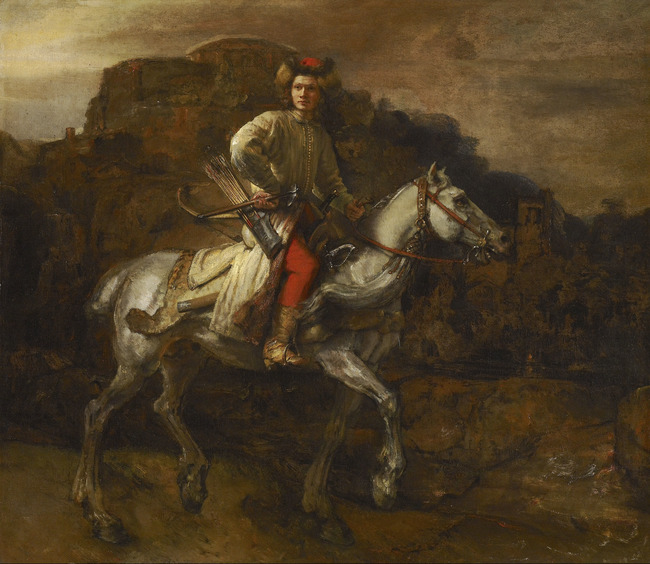 It should be noted here, by the way, that research on collections of nobility and patricians in the Polish-Lithuanian Commonwealth is insufficient by far. One of the reasons for this circumstance is that the provenance of foreign paintings in Polish collections can only seldom be traced back to the 17th century due to the difficult history of the country. Especially World War II brought on a fatal wave of destruction and dispersion. Numerous works of art were also confiscated and removed to Germany and the Soviet Union, many of them never to return.7

Today Polish collections contain about 2000 Dutch and Flemish paintings, representing various periods and genres. Of this number, at least half should be regarded as important. The most extensive ensembles, and ones of the highest quality, are now in the possession of large state museums – the National Museums in Warsaw,8 Poznań, Kraków, Gdańsk and Wrocław9 and of two major royal residences, the Wawel Castle in Kraków and the Royal Castle in Warsaw.10 Another historical collection of outstanding importance is the Princes Czartoryski Museum in Kraków, founded in 1809 [7].11 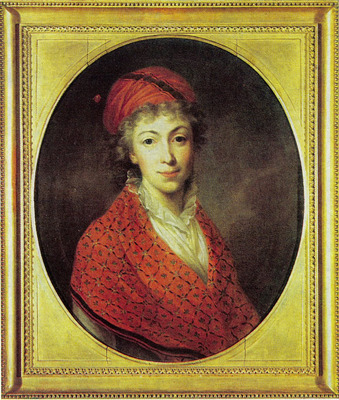 An impressive biographical portrait gallery of members of interrelated families of van Brederode, van Oranje and zu Dohna, painted by Gerard and Willem van Honthorst, Jan Mytens, Caspar Netscher and Pieter Nason [8] is to be admired in the Palace at Morąg (Warmia), a section of the Museum of Warmia and Mazury in Olsztyn.12 The Museum of Art in Łódź, although renowned for and specializing in contemporary art, owns a collection of several dozens of European Old Masters with some interesting Dutch paintings [9].13 Three Polish universities boasting their own art collections: Jagiellonian University in Kraków,14 the Catholic University of Lublin15 and Nicolaus Copernicus University in Toruń16 own a few examples of signed and dated Dutch and Flemish paintings. The most recent gallery of European masters in Poland, the John Paul II Collection of European Painting (The Zbigniew and Janina Carroll-Porczyński Foundation), opened to the public in Warsaw in 1986, features, among many mediocre works, also some good pictures from the Low Countries.17

The Warsaw National Museum, originally founded in 1862, is the oldest and the largest of national museums in Poland. Early in the museum’s history a number of very important Dutch and Flemish paintings were acquired at the auction of Johann Peter Weyer’s collection in Cologne.18 This group has been enriched by numerous acquisitions, which were especially abundant after 1916. Of particular note are two large collections of Netherlandish painting that entered the museum at that time: that of the Krosnowski family, donated to the Polish state after it regained independence, and that of Dr. Jan Popławski, purchased by the city in 1935. What has survived from the collection of the last Polish king, Stanislaus Augustus Poniatowski, has been since the Second World War exhibited in three locations in Warsaw: the National Museum, the Royal Castle and the Łazienki Palace. The latter, together with the Wilanów Palace and the Radziwiłł Palace at Nieborów, constituted part of the National Museum in Warsaw from 1945 to 1995. At present, only the Nieborów palace remains affiliated with the museum.

The collections of subsequent owners of the Wilanów Palace: Stanisław Kostka Potocki and the Czartoryski and Branicki families are exhibited in that building, now renamed Museum of King Jan III’s Palace,19 with the exception of a few valuable paintings, which are displayed in the galleries of the National Museum in Warsaw as long–term loans.The Royal Castle in Warsaw, completely destroyed during the Second World War and finally reconstructed only in 1984, houses another important collection of Netherlandish paintings. They either returned there after having been saved during the bombardments in September 1939 by Professor Stanisław Lorentz, the director of Warsaw National Museum, or were donated, sometimes also repurchased upon its re–opening thanks to the generosity of many private persons, above all the Andrzej Ciechanowiecki Foundation.20 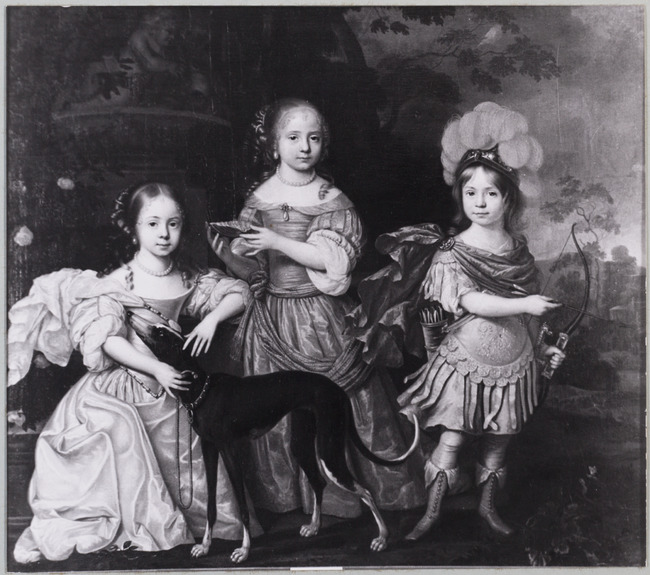 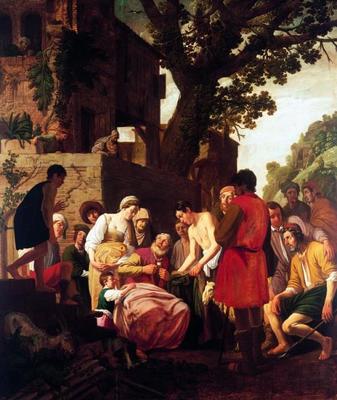 The Wawel Royal Castle in Kraków, renowned for its magnificent 16th century collection of Flemish tapestries, no longer possesses a single picture from its historical collections. It prides itself, however, on a fine selection of Dutch and Flemish paintings, many of them donated by Polish aristocrats – Professor Jerzy Mycielski (1856-1928) in 1928 and Leon Piniński (1857-1938) [10] in 1931.21 The very valuable collections of Atanazy Raczyński (1788-1874) [11] and Seweryn Mielżyński (1805-1872) [12] constitute the core of the National Museum’s collection in Poznań.22

Collections belonging to wealthy merchant patricians of Gdańsk, the huge seaport in Northern Poland that began to be amassed in the 16th century, seldom survived the economic slump and ensuing sellout of later 1700’s. One that was formed against the current was the collection of Jacob Kabrun (1759-1814) who was mainly interested in drawing and prints.23 Out of the 350 pictures from his collection, in considerable part Dutch and Flemish, that were donated to the town and later formed the nucleus of the painting gallery of the newly founded Stadtmuseum in 1872, only 50 survived the Second World War and returned to Gdańsk, either from Germany or the Soviet Union.

It was only after that devastating conflict that two earliest general publications on European old master works in Poland appeared. The first important survey of pictures both surviving and lost was published by Jan Białostocki and Michał Walicki in 1955.24 It gave an extensive introduction to the history of Polish collecting and a social and cultural analysis of the phenomenon, while containing more than 400 catalogue raisonné entries with full bibliography. For almost four decades this book was the basic reference work in the field and to a large degree is still relevant today. In 1992 Janina Michałkowa wrote a new version of Foreign Paintings in Polish Collections, featuring a more limited selection of works, but fully illustrated with colour reproductions and including also 19th and 20th century artists.25 The introductory essay systematizes the history and contents of all important Polish collections of today in a vivid way which is especially appealing to foreign readers unacquainted with intricacies of past events that have taken place on ‘God’s Playground’ Poland.26 Another important essay, by Ewa Manikowska, appeared in catalogue of the exhibition Sztuka cenniejsza niż złoto... (Art more precious than gold...) staged in memory of Prof. Jan Białostocki in 1999.27

All these publications dealt with collections of both southern and northern European schools of painting, without focusing specifically on any of them. The first text specifically devoted to the history of Polish collecting of Dutch and Flemish art was a chapter in Lucia Thijssen’s book on Polish–Netherlandish relations from 1992.28 Later, the more general cultural heritage of the Netherlands in relation to Poland has been the subject of individual studies such as – among others – a very good synthesis by Andrzej Borowski from 200729 while the phenomenon of collecting Netherlandish paintings in old Poland was brilliantly analyzed and summed up in a concise essay by Antoni Ziemba in 2002.30 The author stresses the fact, that – in spite of numerous purchases of Flemish works by King Vladislaus IV Vasa, and in spite of creation of the so–called Dutch Study by King John III Sobieski [reign dates cited before] in his palace at Wilanów – in the 17th century no intentional collecting of either early Netherlandish or Dutch and Flemish paintings in Poland existed. It was only the last Polish king, Stanislaus Augustus, who was an avid collector truly aware of the artistic importance of Netherlandish, especially Dutch, painting. 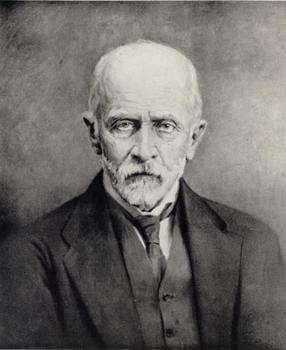 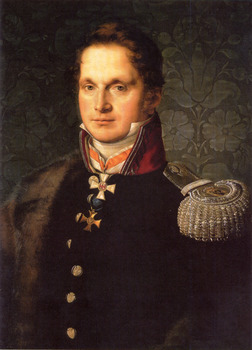 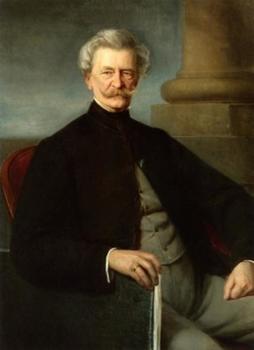 9 Two of these museums recently published catalogues of their collections: Poznań – Michałowski a.o. 2005 (old Dutch and Flemish masters are dealt with on pp. 166–199); Wrocław –Steinborn 2006.