If architecture and stone sculpture are the most clearly visible landmarks of artistic affiliation, the same influence can also be seen in paintings and drawings, though perhaps a little later. The appearance of noticeable Netherlandish forms in these areas of activity falls between c. 1560 to 1590: they begin to surface in several anonymous epitaph pictures in local churches, brushing away hitherto predominantly German patterns. The phenomenon may well have had something to do with a strong influx of religious war refugees from the Netherlands after 1570, including artists. Nevertheless, in this period, the forms from the Low Countries were most probably transferred to local German artists mainly by means of print imports.

One of first examples of such works is provided by the Oehm family epitaph from St. Mary’s church (1559), where the painted Crucifixion [1] is still generally German in forms, but Antique-inspired ruins visible in its background point to the changing patterns: they seem to follow Maarten van Heemskerck, and in this particular case the anonymous artist copied an engraving by Hieronymus Cock, made after his own drawing [2]. 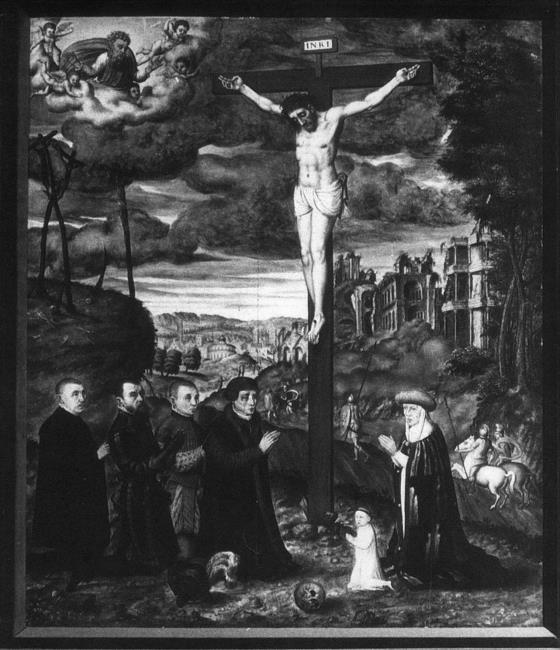 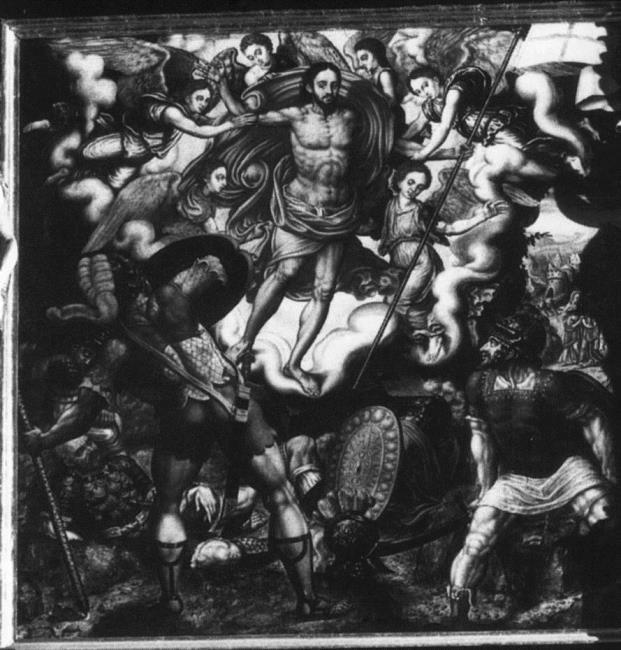 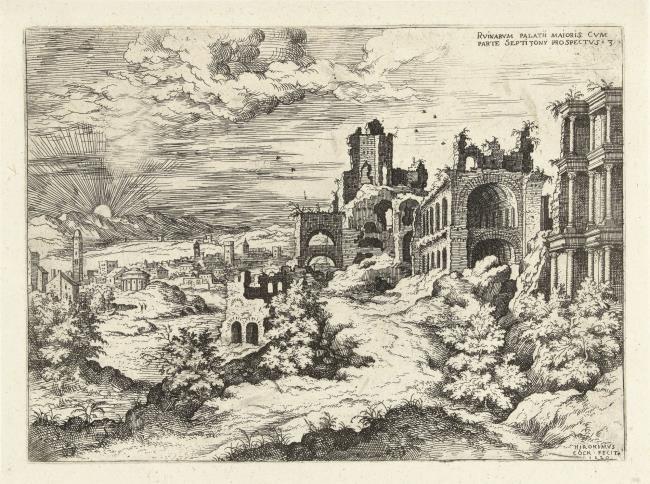 The increasing reliance on artistic patterns from the Low Countries in the second half of the 16th century is exemplified by the Resurrection [3] in the epitaph of Bartholomäus Wagner, also from St. Mary’s (1571-1575), where massive, muscular human figures reflect Italianizing Antwerp painting in the manner of Frans Floris. Different, more softly painted figures, appearing in the Baptism of Christ [4], depicted in the epitaph of Georg Hojer in St. Mary’s from 1585, may point to imitation of work by Pieter Pourbus or Frans Pourbus the Elder, while the landscape in the background of that painting is typical for third quarter of the century in the Netherlands. In turn, the portrait of Valentin von Karnitz [5] kneeling in a shrine interior shown in the predella of his memorial, dated 1594, again in St. Mary’s, is an example of considerable influence exerted on painting in Prussia by the famed Hans Vredeman de Vries from Leeuwarden (1526-1609), who worked in Danzig in the years 1592-1596.1 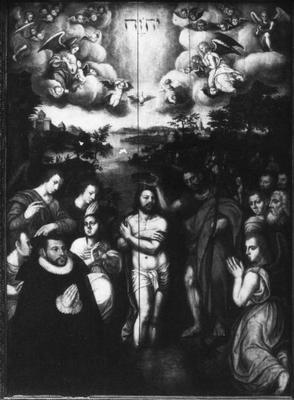 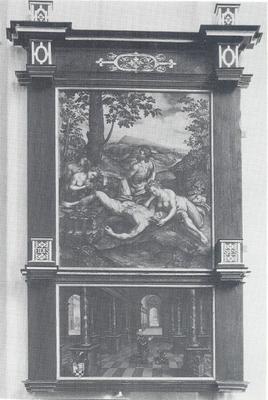 1 Probably the best study on Gdańsk epitaphs – though artistic filiations of paintings therein are only discussed very summarily – is provided by Cieślak 1998. For the formal side of these works, see Tylicki 2012. On Vredeman, see Borggrefe/Fusenig/Uppenkamp 2002.