After the second Polish-Swedish war that ended in 1660, the economic downfall of Danzig slowly began and, accordingly, the atmosphere for practicing the visual arts here worsened rapidly. Despite this, some interesting masters were still active on the spot, including Netherlanders. The art of Daniel Duwens (1626-1687) from Sneek in Frisia, a guild master active in the second half of the century, is not of highest quality and scarcely known today,1 and Friedrich Gürtler (c. 1650-1707), who came - according to sources – also from Frisian Sneek, working in the same period, was author of a Roman soldier of average artistic class in the Artus Court in Danzig.2 The two great artistic individualities that appeared on the local ground around 1650 and dominated its painterly scene almost till the end of the 17th century (the fourth and last period of Low Countries’ influence) were, however, not of Netherlandish descent. They are Daniel Schultz and Andreas Stech.

Daniel Schultz (c.1615-1683), as before Strobel, cannot be exactly classified as an artist from the Baltic city, for since obtaining a servant’s patent from King John II Casimir in 1650 until his death, he spent time travelling both ways between the Warsaw court and Danzig. Nevertheless, as a person born in the latter center, possessing a second dwelling and buried here, he deserves to be called the most prominent Danzig painter after Anton Möller the Elder. The quality of his pictures is indeed exceptional, reaching the highest international level in the best of his pieces. His prominence finds its confirmation in close, even intimate relations with several kings and many dignitaries of the Polish-Lithuanian commonwealth as well as in the financial fortune he managed to amass.

Officially a portraitist, he was also an expert in executing other subjects, especially animal depictions and animal still-lives. All of his oeuvre definitively reveals Netherlandish inspirations in the general sense, and it was probably him who was enrolled as a student at the University of Leiden in 1643. Already his earliest signed painting, a hunting still-life from 1646 (Florence, Palazzo Pitti) [1] reveals good knowledge of similar works, both Dutch and Flemish, and an exquisite level of execution. The painterly and chiaroscuro qualities of this picture disclose familiarity with the production of Rembrandt’s workshop, though in some later pieces of the same type, Schultz constructed his forms somewhat harder. Therefore, it is not easy to decide, what painter exercised influence on him in a most decisive way. Daniel Schultz was a skilled eclectic who assimilated different impulses freely to create new, individual paintings. He could have been acquainted both with works by Jan Baptist Weenix and Cornelis Lelienberg, and with the ones by Frans Snyders or Pieter Boel. With regard to portrait painting, of which the likeness of Tartar emissary Dedesh Aga with his family from 1664 in The Hermitage [2] is probably the most magnificent example, similar conclusions may be drawn. The dominating orientation is Rembrandtesque, with names of artists like Carel Fabritius, Ferdinand Bol, or Jan Victors most relevant, but Schultz is often more delicate in expression, which brings to mind also the circle of Flemish artists around Van Dyck.3 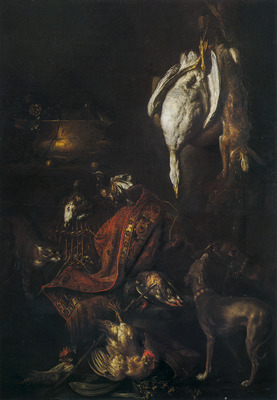 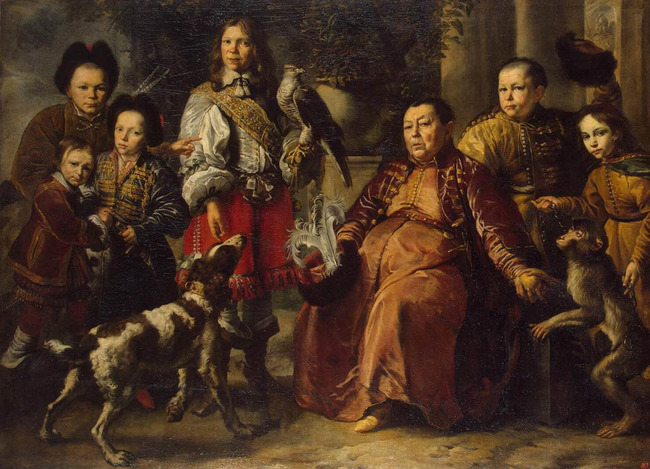 The second important name in Danzig painting of the second half of 17th century is Andreas Stech (1635-1697) from Stolp in Pomerania – another better than average artist, and a very versatile one, both with regard to pictorial types and quantity of works produced. In contrast to his colleague-courtier Schultz, he was strongly associated with the city: he studied here with his father, also a guild painter, did not undertake the obligatory guild journey before becoming a master in 1662, and married another local painter’s daughter. Given that he also exercised functions in local lay and spiritual organizations, it is astonishing he managed to execute that many existing works, with another large number now only known from prints and documents. At some point, he must have undertaken artistic travels, though, as his paintings convincingly show; most probably, he went to the United Provinces in the 1650’s, as his oeuvre is generally rooted in Dutch classicism with its dominance of fairly linear construction over temperate colours, static appearance and limited chiaroscuro. The forms of Stech’s St. Philip Baptizing the Aethiopian Courtier from 1673 (Pelplin, Cathedral) [3], for example, are based on the art of Salomon de Braij, or Thomas de Keyser. The background in this, and many of his other history paintings, shows the influence of Dutch Italianizing landscapists, like Cornelis van Poelenburch. 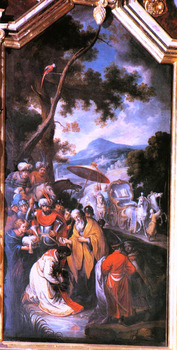 One of the most interesting paintings by Stech is A Walk before the Town Gates of Danzig from about 1670 in Brunswick [4], a mixed genre-portrait-landscape depiction rather rare on local ground, but having numerous and similar precedents in Dutch art, including works by Jan Steen and Gerard ter Borch. In his portraits, the artist profits again from the tempered elegance of likenesses of the Franco-Dutch type, as represented, for instance, by Nicolaes Maes, or later Caspar Netscher. A good example is constituted by the Portrait of Heinrich Schwarzwaldt (1682; Gdańsk, National Museum) [5]. There is also some Flemish influence in Stech’s work, visible mainly in still-lives by his hand [6], inspired perhaps by Jan Davidszoon de Heem from Leiden and Antwerp, but also in the use of Flemish prints from Rubens’ circle. They are, for instance, repeated in some of the compositions from a series of miniature monochrome histories in oil technique [7] from the 1670’s and 1680’s (National Museums in Gdańsk and Poznań).4 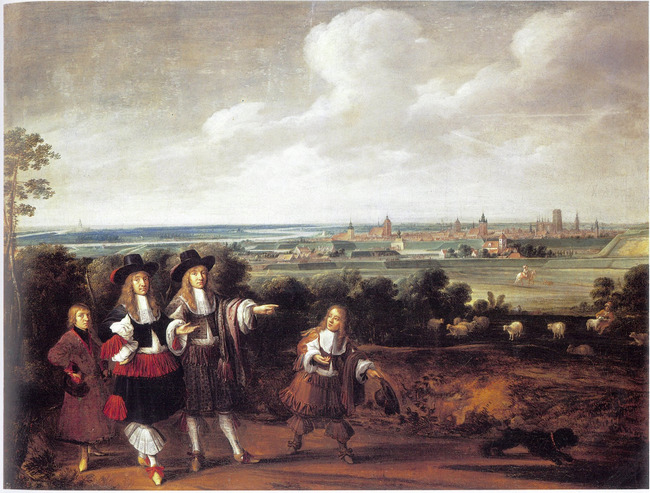 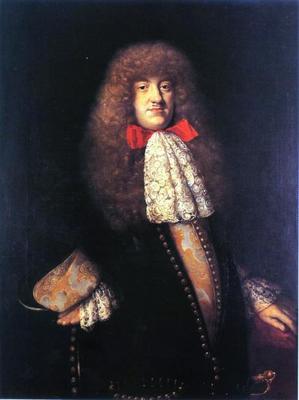 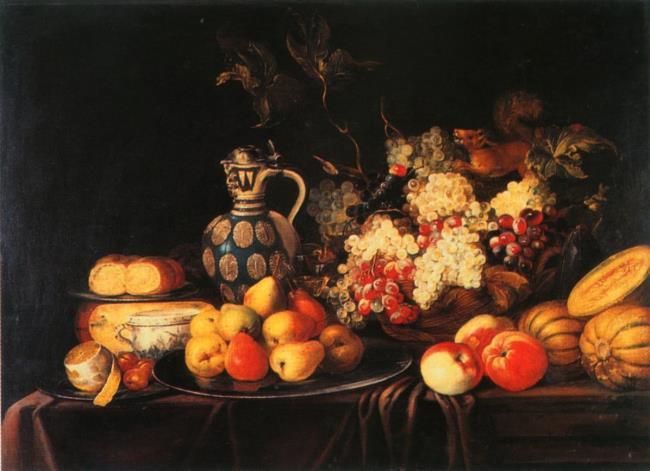 After the death of Andreas Stech in 1697, the Netherlandish influence in Danzig painting ultimately wanes. This was caused both by generally advancing French cultural impulses and changing of trade routes, sealed by another devastating conflict – the Northern War (1700-1721). In the 18th century, Danzig painters – now predominantly portraitists – look almost exclusively to patterns and ideas radiating from Paris, sometimes also from London. In the city, economically ailing and starting to export its artists and art treasures, one can perhaps only point to two more painters, who reach to the Low Countries for ideas. The first is Philipp Sauerland II (1677-1760/62), whose short artistic career in Danzig before moving to Breslau in 1715 comprised executing both portraits and still-lives. The latter works [8], better in quality, show influence by Jan Fyt, or Melchior de Hondecoeter,5 a more bleak version of exemplary works by Schultz. Sauerland’s colleague, Christian Friedrich von Falckenberg from Copenhagen (c. 1675-1745), could have been, on the contrary, inspired by Dutch art literature: Das Große Meister-Buch that he wrote in 1724-1745 on the history of city guild artists, still unpublished, but remaining one most important source for the subject, could have been in part inspired by the famous treatise by Karel van Mander, printed over a century earlier.6 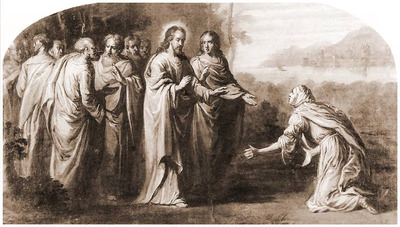 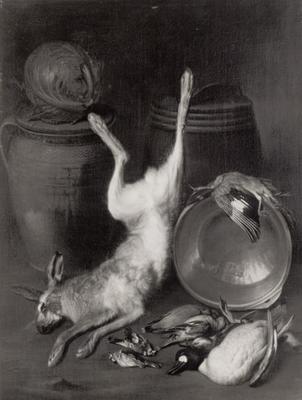 3 There are plentiful publications on this high-class artist, but the first – and mostly successful - attempt at a written monograph is only recent: see Steinborn 2004.

4 The newest monograph: Grzybkowska 1979A. Some shortcomings of this book were later amended in several articles, to cite only Zasławska 2005 and Kaleciński 2011.

6 Pałubicki 2009, pp. 214-219; Tylicki 2012, p. 330. Apart from his literary achievement, on which Pałubicki’s book is based to a large degree, Falckenberg left behind one known, partially preserved ceiling painting (Corpus Christi – Hl. Leichnam church in Gdańsk), which is however only average in class.