7.5 The Other Center: Elbląg

As for Elbląg / Elbing, another of the autonomous cities in Prussia, only about one-fourth of the size of Danzig and with an inconvenient seaport, its wealthiest period and one of most grand development falls into the years c. 1580-1630, when the English Eastland Company had its seat here. The English and Scottish merchants did not leave too many visible artistic landmarks in the town; the money they helped raise served instead as the basis on which Netherlandish artists, including those from nearby Danzig, were invited to change the face of the urban organism. Just as in that center, the peak of the building activity is reached here around 1600; unfortunately, the closing days of World War II reduced the city to rubble and it has not been rebuilt in original form.1 Apart from one Bartholomäus Pens, cited in sources as pictor belga, from whose hand at least one depiction of aMadonna (1640) is known,2 two interesting painters worked here, relevant for discussed context, both active in the years c. 1620-1650: Adam Wolski from Moravia and Vitus Heinrich.

The first one, who appeared in the town around 1620, was known to have executed painterly works, all of which are lost; however, he is the author of numerous extant pen drawings, most of which are collected today in an album in the Kupferstichkabinett in Berlin. The whereabouts of Wolski’s life are barely known; it is probable that he was a religious immigrant, most certainly befriended with Elbing’s humanist circles. This last circumstance surely influenced his unusual satirical works of 1621, picking on extravagant fashion of the day [1]. Although such depictions are rare in this part of Europe, they seem clearly inspired by analogical engravings in the Netherlands, criticizing exaggerated hats, or collars, and characterized by similar light-hearted humour; as far as their form is concerned, they imitate rather earlier 16th century German drawings, however.3

The other Elbing artist of interest, Vitus Heinrich, is probably identical with the anonymous artist, who was allowed by the City Council to settle here in 1634 in view of his ‘extraordinary abilities’. He arrived from an undisclosed location and worked on the spot until his death before 1656. The artist is repeatedly referred to in sources as ‘der kleine Heinrich’, which was due to his much admired ability of inserting hundreds of minute figurines in the cabinet-format histories he painted. ‘Celeberrimus pictor’, as he was also described, even had the honour of working for the Polish Vasa court, and his pictures were still represented in the collection of the last King of Poland in the 18th century. A good proof of his art is given by the Battle of Israelites and Amalekites in Brunswick (1641) [2], or by the Massacre of the Innocents (about 1640; National Museum in Warsaw) [3], which to a large extent justify the artist’s praised abilities as figure, landscape and architecture painter as well as colourist. Although soft and contourless in forms, these paintings both in composition and in fantastic land- and cityscape settings still go back to the art of late 16th century, especially reminiscent of Flemings who worked in the Veneto, or were inspired by Venetian art, like Lodewijk Toeput, Gillis and Frederick van Valckenborch, Gillis van Coninxloo, or Louis de Caullery. Same patterns as seen in his cabinet pieces were employed by Heinrich in several paintings for altar predellas in the cathedral of Frauenburg, or Frombork, near Elbing, while for retables of these very altars, he executed pictures in the type of the Assumption of Virgin Mary (1644) [4], rather stiff and partly based on Flemish devotional prints.4

After the Swedish ‘deluge’ in mid-17th century, Elbing suffers, on a much larger scale than Danzig, the encroaching economic depression and its art becomes increasingly German-provincial; no further individualities of the type discussed above appear here later. 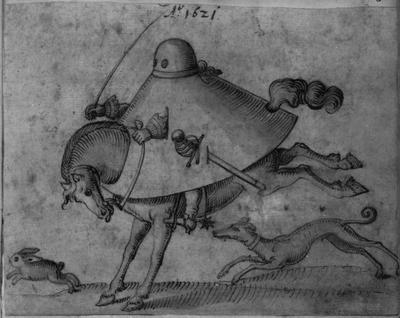 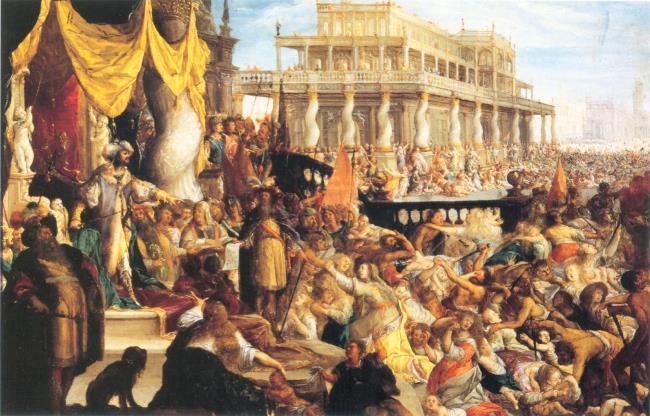 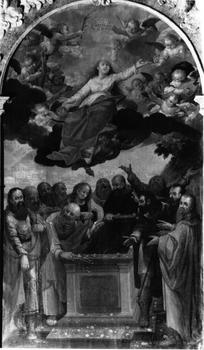 2 Tylicki 2005, p. 704, and Tylicki 2012, p. 349. Further paintings by this master, who after 1626 already worked in Vilna (Vilnius), either exist or existed, dispersed in northern and eastern Poland, and the subject requires further examination.